Forget the experience; keep the lesson. 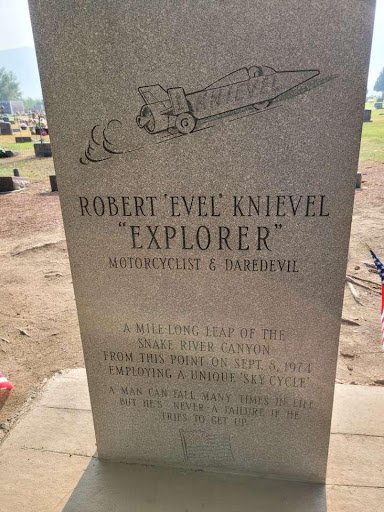 The story of Evel Kneivel is an example of embracing ‘failure’ as an opportunity. He attempted more than 75 ramp-to-ramp motorcycle jumps. His most famous jumps both ended badly. The Caesar’s Palace jump resulted in crushed pelvis and femur, fractures to his hip, wrist, and both ankles and a concussion that kept him in the hospital for a month in a reported coma for 29 days. The Snake River Canyon jump ended with him tumbling to the bottom of the canyon. Despite the ‘failure’ of both, as well as many others, Evel was able to build his following and his career. He knew that the success of the venture was not in the outcome. The success of the event was the build up to it. He used that knowledge to build a very successful career. Had he looked at the unsuccessful outcomes of the actual jumps the story might have ended differently. Instead, he saw and focused on the benefit of the attempt despite the outcome. It is merely a footnote that his two most famous jumps weren’t successful. What is remembered is that he did the jumps.

Think about the ‘failures’ you have experienced. Was there actually an opportunity hidden there that you would have uncovered had you simply looked at the situation from a different perspective? If nothing else, ‘failures’ are an opportunity to learn. Motorcycle race teams learn not only from feedback from their riders, they also learn the limits of their machines when the riders crash. If the rider doesn’t crash, how will they know where those limits are? Is their machine capable of even greater performance? It’s about testing, finding that limit, analyzing the data to discover what the limiting factor was, and using that information to make the bike even better.

Yes, failing at something, making a bad grade, losing a game, not making a team is painful. Embracing the opportunity to learn and grow from them is the foundation for success.

Are you struggling with a challenge and don’t see the lesson or the opportunity? Click the link below and let’s chat about it. I’d love to have the opportunity to help you find it!